Denied medical claims have been reported as representing 90% of missed revenue opportunities in medical practices. In total, an estimated $262 billion in medical claims are initially denied each year. Out of all the claims denied, research shows up to 65% of them are never reworked. Over half! That is hundreds of thousands of dollars lost! And more shocking than that, 90% of them were avoidable.

On top of potentially losing the revenue from the service, it costs to rework a claim - $25 each. If you have 10 claims a week denied, that is $250 a week, $1,000 a month, $12,000 or more a year spent trying to get reimbursement for services rendered from payers. Not to mention the time spent by staff members dealing with the appeals.

The reality is denials are going to happen, but at Billed Right our team works hard to minimize the number of denials and to deal with the ones that do happen.  Our team will appeal those denials, even to three levels. 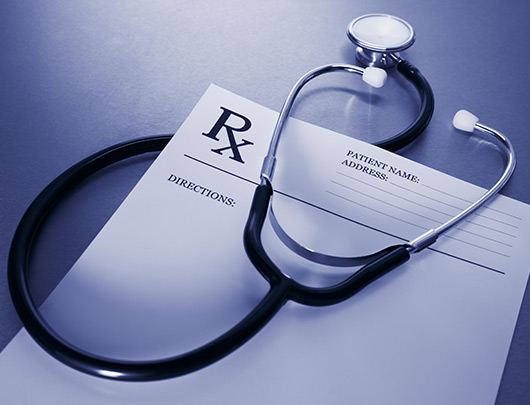 Having an experienced revenue cycle management team on your side can help to eliminate many denials from happening in the first place. With the entire revenue cycle covered, partnering with Billed Right can help you submit clean claims that go through the first time, reducing denials and the cost and frustration that goes with them.

Contact Billed Right today to learn more about how we can partner with you on your revenue cycle management!

Excellent all around and super impressed with every staff member and every process!

"I have been very happy with Billed Right and have seen a significant increase in collections since switching to them 8 months ago. They are professional, efficient, and respond to all my questions and concerns thoroughly and promptly. I highly recommend them and have referred them to my colleagues."

“As a practice entering commercial insurance for the first time, we briefly tried to manage our own billing before realizing that we really needed to bring in a professional.  After interviewing several companies, we selected Billed Right who was committed to understanding our business model and become a true partner in our success.  Over the past 18 months we have seen significant organizational growth and Billed Right has partnered with us to help facilitate that growth as they remain a key asset to our organization.“

Account Managers are always readily available to help me. I appreciate their efforts daily! Our AM is a true gem and gift to any client account she manages. Her knowledge and suggestions aid me and my clinic in many ways. I would never have been able to execute a few items without her help. I was not in my current role before they chose to use Billed Right, however, I do see reports that show substantial increases in Revenue for my company. I appreciate the transparency of reporting, coding, and claims with the team and within the system. I would highly recommend Billed Right to others. In fact, at the most recent Meditab conference, Billed Right’s contact information was given freely with praise to several small business owners in need of financial assistance.

Billed Right has depth that similar service organizations do not. There is not a one or two-person team that handles everything. It is an organization that as a team understands our account. We have senior leadership, on the ground leadership and day to day team members that know our account. That is not easy to replace and certainly, at our size, not something we could bring internally without a significant commitment to infrastructure. While we cannot speak to how they may align with a specific set of needs…they are a professional organization with solid tools. Ultimately you will choose an outside billing partner for the simple reason of increasing collections. This will happen with Billed Right…but to us…as much as increasing our cash flow is their team of professionals. I like them, respect the contribution they make to our company and openly offer my personal recommendation.

I have been associated with Billed Right for the past two years since I started my practice. Billed Right have been incredibly helpful in assisting my practice with initial credentialing, providing prompt responses to all my requests and excellent service to address my concerns. I am very satisfied with their timely insurance billing, collections, low AR, and patient accounts management. My Account Manager meets with me regularly to review and discuss management reports and address my questions in a professional and promptly manner. I am very satisfied and could not ask for better service. For these reasons I highly recommend Billed Right to anyone looking for a reliable practice management service.

Billed Right is very knowledgeable in every aspect of business. When our Dr. First acquired the practice, it was a huge mess because one provider was leaving, and one was coming in but Billed Right stuck in there with patience and loyalty. Account Managers are top notch when it comes to every aspect of the business and make sure that you are comfortable in what they teach you. Staff members are very competent and have patience of saints to put up with credentialing and enrollment processes. Staff are polite and know what they are doing and go out of their way to help in every situation. I want to thank each one of the teams. Patient call rep is awesome and is also top notch in the field.